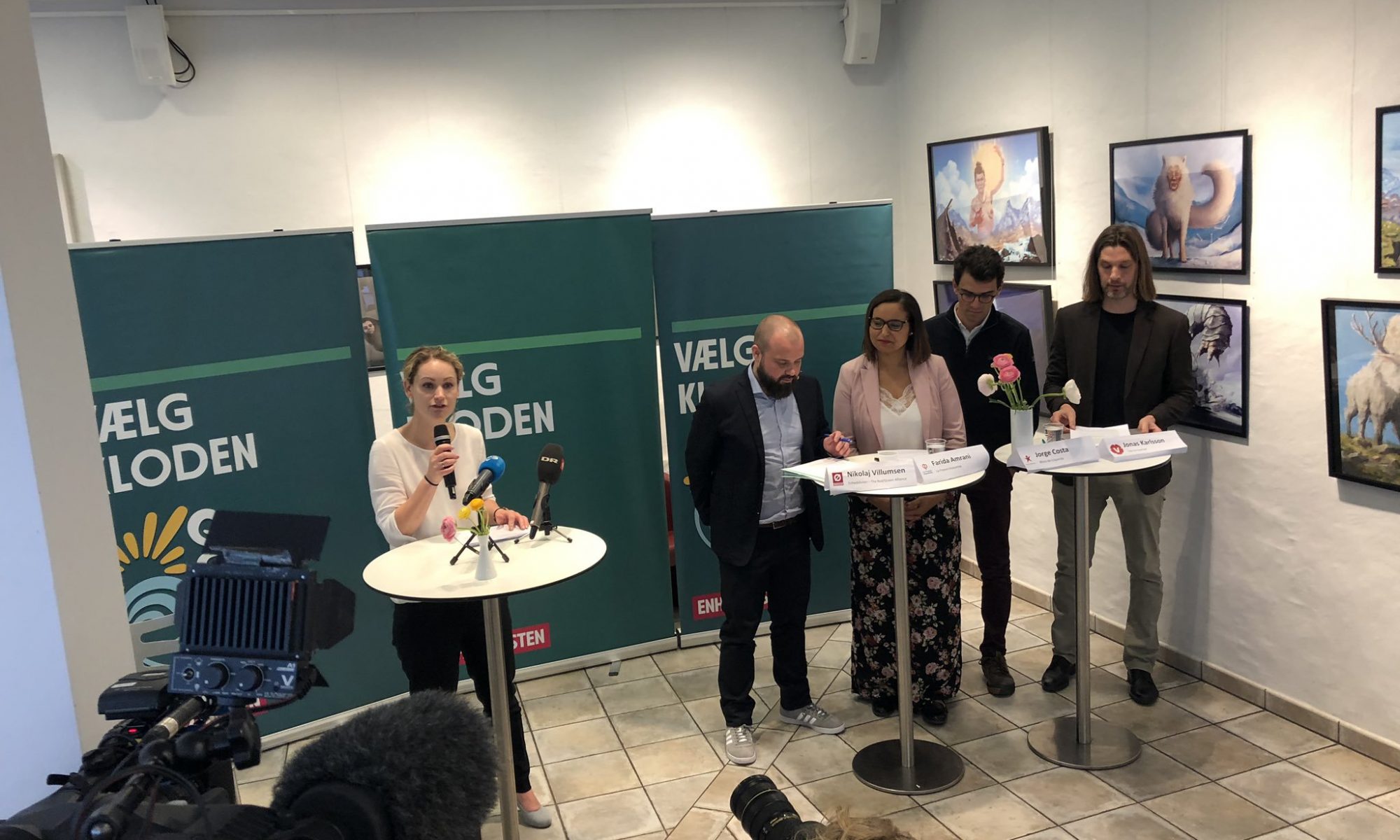 Multinationals and liberal governments prevent any life-saving decisions ! The EU, instead of being the decision–making ground for an ecological transition, is blocking national and common ecological policies. The alliance Now the people is determined to make a real change within the EU by defending a new green deal in Europe.

In Copenhagen, Farida Amrani was joined by Pernille Skipper, spokesperson of the danish Red-green Alliance, Nikolaj Villumsen, head of list for the Danish Red-green Alliance, Jorge Costa, deputy from Bloco de Esquerda (Portugal) and Jonas Karlsson, swedish candidate for Europe’s parliament. The program includes a presentation of the alliance’s proposals, some meetings and debates with the press and the Danish actors who are fighting every day for the environment protection.

Now the People has already a set of common demands for the climate that you can read here.